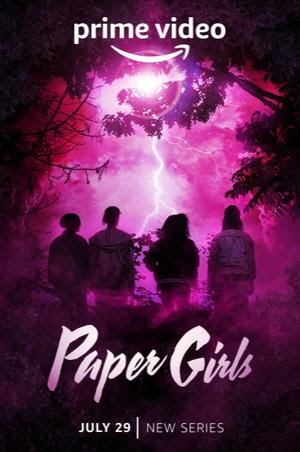 In the early morning hours after Halloween 1988, four paper girls—Erin, Mac, Tiffany, and KJ—are out on their delivery route when they become caught in the crossfire between warring time-travelers, changing the course of their lives forever. Transported into the future, these girls must figure out a way to get back home to the past, a journey that will bring them face-to-face with the grown-up versions of themselves. While reconciling that their futures are far different than their 12-year-old selves imagined, they are being hunted by a militant faction of time-travelers known as the Old Watch, who have outlawed time travel so that they can stay in power. In order to survive, the girls will need to overcome their differences and learn to trust each other, and themselves. Based on the best-selling graphic novels written by Brian K. Vaughan and illustrated by Cliff Chiang, Paper Girls is a high-stakes personal journey depicted through the eyes of four girls, played by breakout leads Camryn Jones (“Tiffany Quilkin”), Riley Lai Nelet (“Erin Tieng”), Sofia Rosinsky (“Mac Coyle”), and Fina Strazza (“KJ Brandman”). Ali Wong also stars as the grown-up version of Erin, with Nate Corddry as “Larry,” Adina Porter as “Prioress.” Paper Girls is from Amazon Studios and Legendary Television, in association with Plan B. The series is executive produced by Christopher C. Rogers, Stephany Folsom, Brian K. Vaughan, Cliff Chiang, and Plan B. 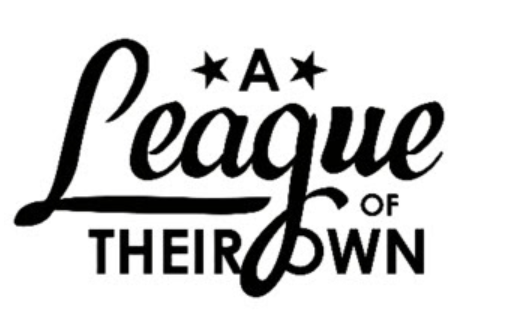 A League of Their Own evokes the joyful spirit of Penny Marshall’s beloved classic, while widening the lens to tell the story of an entire generation of women who dreamed of playing professional baseball, both in and outside of the AAGPBL. The show follows Carson (Abbi Jacobson) and Max (Chanté Adams) and a new ensemble of sharp and hilarious characters as they carve their paths toward the field, along the way finding their teams and themselves. With Abbi Jacobson as Carson, Chanté Adams as Max, D’Arcy Carden as Greta, Gbemisola Ikumelo as Clance, Roberta Colindrez as Lupe, Nick Offerman as Dove, Saidah Arrika Ekulona as Toni, Kate Berlant as Shirley, Kendall Johnson as Gary, Kelly McCormack as Jess, Alex Désert as Edgar, Priscilla Delgado as Esti, Aaron Jennings as Guy, Molly Ephraim as Maybelle, Melanie Field as Jo, Dale Dickey as Beverly. A League of Their Own is from Amazon Studios and Sony Pictures Television in association with Field Trip Productions. The series is co-created and executive produced by Will Graham and Abbi Jacobson. Field Trip’s Hailey Wierengo and Desta Tedros Reff also serve as executive producers. Jamie Babbit directed the pilot and also serves as executive producer. Based on the film from Sony’s Columbia Pictures.