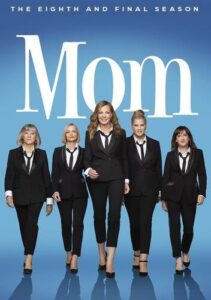 —–In Season Eight, Bonnie must learn to adjust without her daughter and former-roommate, Christy, around. With a chaotic past behind her and a newly empty nest, she focuses on her marriage and on what she wants to be now that she’s finally grown up. Now more than ever, Bonnie depends on the support of her friends, and collectively they help each other face whatever life throws at them. Cast: Allison Janney, Mimi Kennedy, Jaime Pressly, Beth Hall, William Fichtner, and Kristen Johnston. Guest Stars: French Stewart, Rainn Wilson, Kevin Pollak, Tyne Daly, and Bob Odenkirk.
.
COMING ON 11/16:
* Future Boy Conan – The Complete Series (Shout! Factory)
$44.98 SRP Blu-ray 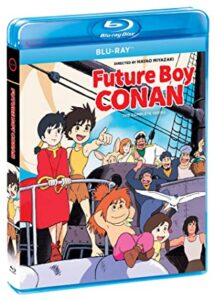 EXTRAS: Exclusive 16-Page Booklet Featuring Character Artwork; Promotional Trailer; Japanese Language Track with English Subtitles or English Language Track
—–The directorial debut of Academy Award-winner Hayao Miyazaki (Spirited Away), Future Boy Conan is a landmark in animation history. This crackling sci-fi adventure series, beloved worldwide but never before released in North America, features a new English language version and 4K digital restoration. Twenty years ago, a terrible war fought with magnetic weapons caused the Earth’s axis to tilt, and the resulting earthquakes and tidal waves destroyed civilization. Conan is born into this new world, raised by his adopted grandfather on an isolated island. But his life is changed forever when a mysterious girl named Lana washes ashore, pursued by shadowy operatives who seek to use her in a new scheme to control what’s left of the world. “A real joy!” – Jordan Allen, Japan Times. 4 disc set. 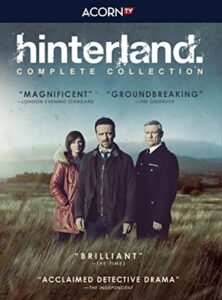 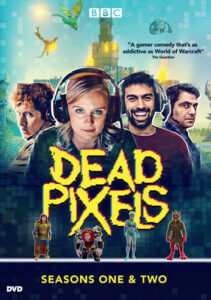 —–DEAD PIXELS follows Meg (Alexa Davies, “Mamma Mia! Here We Go Again”), Nicky (Will Merrick, “Poldark”) and Usman (Sargon Yelda, “Strike”) who are obsessed with the online fantasy game “Kingdom Scrolls.” Meg would happily cut a date short to go home and defend Castle Blackfinger. Nicky thinks the miscasting of Vince Vaughn as Tanadaal in the “Kingdom Scrolls” movie is an international outrage. And Usman has made a plywood lid for his child’s playpen, so he can play the game in peace. Oh, and Nicky definitely isn’t into Meg. That would be a cliché. DEAD PIXELS is split equally between the characters’ tragicomic real lives and their computer-animated misadventures in “Kingdom Scrolls.” 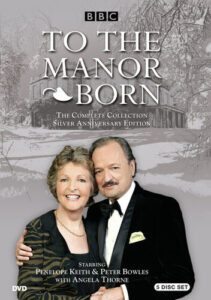 —–As beneficiary of Grantleigh Manor, the snobbish Lady fforbes-Hamilton becomes a happy widower upon the death of her husband. But in the face of her late husband’s creditors, bank, and the government, she can no longer afford to maintain the family’s hold on the estate. Reluctantly, she sees it auctioned to Richard De Vere (formerly Bedrich Polouvicka), a millionaire bachelor of Czechoslovakian extraction who runs a multinational grocery business. With his mother he wastes no time in moving into the Manor. Audrey is annoyed at her new position on the estate, and she is forced to move, with butler, to the Manor lodge. DeVere represents everything Audrey regards as bad taste. Their differences of background, breeding and behavior are at once infuriating and endearing.
NOTE: this title sounds VERY similar to the 2008 in-store release from the BBC; it’s possible that this is the exact same item re-released in a manufacture-on-demand (MOD) version…but we don’t have verification about that
.
COMING ON 11/30:
* Eden: Untamed Planet (BBC Archive)
$24.98 SRP DVD MOD; $29.98 SRP Blu-ray MOD

—–BBC Earth takes you on a spectacular journey to untouched lands flourishing with a rich diversity of plants and wildlife: Borneo and Alaska – wildly different homes to unique animals and dense rainforests. The Namib Desert, brimming with life on less than ¼ inch of annual rainfall. East Africa’s lush, forgotten “emerald valley.” The Galapagos Islands, where species reinvent themselves. And Patagonia, magical realm at the end of the world. Six breath-taking episodes that bring joy and inspiration to nature lovers of all ages. Narrated by Helena Bonham Carter. 7 hours on 2 discs in either format.
.
COMING ON 12/7:
* Rick and Morty – The Complete 5th Season (Warner)
$24.98 SRP DVD; $29.98 SRP Blu-ray; $39.99 SRP Blu-ray Limited Edition Steelbook 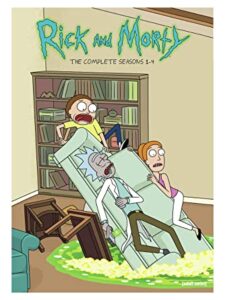