On Friday, June 5, CBS THIS MORNING will continue its comprehensive reporting on issues of racial inequality and injustice, as part of a special broadcast titled “Race for Justice,” from 7:00 to 9:00 AM, ET. CBS THIS MORNING has been reporting widely on the nationwide protests and calls for change surrounding the death of George Floyd at the hands of police. “Race for Justice” will take a deeper dive into the issues of racism, discrimination and injustice in America. It’s part of CBS THIS MORNING’s ongoing commitment to the continued conversations happening in every part of this country. Co-hosts Gayle King, Anthony Mason and Tony Dokoupil announced “Race for Justice” live on air today.

“Race for Justice” will continue to draw attention to systemic issues of racial inequality in the justice system and will explore the questions of what it will take to create lasting change. Coverage will include messages from protestors and activists of various races, ages, genders and ethnic backgrounds, offering their perspectives on this national civil rights movement. CBS News contributor Ibram X. Kendi, author of How to Be an Antiracist, and Robin DiAngelo, author of White Fragility: Why It’s So Hard for White People to Talk About Racism, will offer insight and perspective on the importance of being actively engaged in tough and honest conversations about racial inequality in America. CBS THIS MORNING SATURDAY co-host Michelle Miller will offer some personal reflections and perspectives on the movement underway to recognize racial injustice in her “Reporter’s Notebook.”

Each weekday morning, Gayle King, Anthony Mason, and Tony Dokoupil deliver two hours of original reporting, breaking news and top-level newsmaker interviews in an engaging and informative format that challenges the norm in network morning news programs. The broadcast has earned a prestigious Peabody Award, a Polk Award, five News & Documentary Emmys, three Daytime Emmys and the 2017 Edward R. Murrow Award for Best Newscast. The broadcast was also honored with an Alfred I. duPont-Columbia Award as part of CBS News’ division-wide coverage of the shootings at Sandy Hook Elementary School in Newtown, Conn.

Diana Miller is the executive producer of CBS THIS MORNING


A SINGLE OHIO MOTHER MURDERED – THE LEAD DETECTIVE PURSUES THREE INNOCENT PEOPLE WHILE THE REAL KILLER WALKS FREE – WHAT REALLY HAPPENED WITH THE SEARCH FOR CLUES?

“48 Hours” Investigates in an Encore of “Good Cop/Bad Cop: Solving the Murder of Heather Bogle” 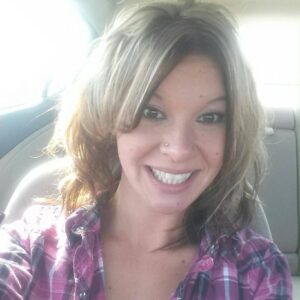 CBS News chief investigative and senior national correspondent Jim Axelrod and 48 HOURS investigate the murder of a single Ohio mother and the unusual police investigation into what happened, in an encore of “Good Cop/Bad Cop: Solving the Murder of Heather Bogle” to be broadcast Saturday, June 6 (10:00 PM, ET/PT) on the CBS Television Network.

Bogle’s murder kicked off a year-long investigation in which the lead detective doggedly pursued three innocent people – Omar Satchel, Kayree Jeffrey and Keyona Bor – while the real killer walked free. It’s a case that wrecked the life of an innocent woman, as Detective Sean O’Connell pursued it, delaying justice for Bogle’s family, who were struggling to deal with what happened to their loved one. And it’s a story that ultimately turns on good police work following bad work.

Bogle was 28 when she left the Sandusky County, Ohio, Whirlpool plant and headed out after an overnight shift. She then vanished and was later found a mile away from the plant brutally murdered and stuffed in the trunk of her car.

Detective O’Connell, investigators would later learn, ignored potentially exculpatory evidence that could have eliminated Satchel, Jeffrey and Bor as suspects. O’Connell would eventually become the subject of a criminal investigation himself.

Sandusky County Sheriff Chris Hilton ordered the investigation to begin from scratch, which included key GPS information from Bogle’s phone. That led them to the home of Daniel Myers, someone who worked with Bogle. They discovered evidence in his trailer that made them believe Myers was a sexual predator. After his arrest, the prosecutor says 10 women came forward and alleged he raped them.

Axelrod and 48 HOURS piece together an in-depth profile of Myers and his history and report the story through interviews with Hilton, O’Connell, Bor and others. 48 HOURS is also in court for emotional testimony.


BOB AND ABISHOLA FINALLY GO ON A PROPER DATE, WHICH IS INTERRUPTED BY DOTTIE’S MEDICAL EMERGENCY, ON A REBROADCAST OF “BOB ♥ ABISHOLA,” MONDAY, JUNE 15

“Ralph Lauren and Fish” – Bob and Abishola finally go on a proper date, which is interrupted by Dottie’s medical emergency, on a rebroadcast of BOB ♥ ABISHOLA, Monday, June 15 (8:30-9:00 PM, ET/PT) on the CBS Television Network. (Originally broadcast 10/28/19.)

RATING: TV14-DL (Rating may change on day of broadcast due to specific subject matter.)


LOLA CONTENDS WITH A FAME-HUNGRY DEFENDANT AND A CIRCUS-LIKE COURTROOM WHILE PRESIDING OVER A CELEBRITY’S MURDER TRIAL, ON A REBROADCAST OF “ALL RISE,” MONDAY, JUNE 8

“Fool for Liv” – Lola contends with a fame-hungry defendant, personal assistant Olivia McLeland (Bianca Santos), and a circus-like courtroom while presiding over a celebrity’s murder trial that forces her to find peace at Sherri’s home after she’s chased by paparazzi, on a rebroadcast of ALL RISE, Monday, June 8 (9:00-10:00 PM, ET/PT) on the CBS Television Network. Jere Burns guest stars as Olivia’s attorney, Adam Pryce. (Originally broadcast 10/28/19.)


ERIN DISAGREES WITH A PSYCHIATRIC CONSULTANT’S DIAGNOSIS OF A NANNY ACCUSED OF ABUSE, AND FRANK IS FORCED TO MAKE STAFFING CHANGES HE IS UNSURE ABOUT, ON A REBROADCAST OF “BLUE BLOODS,” FRIDAY, JUNE 12

“Grave Errors” – While working a case of a nanny accused of abuse, Erin disagrees with the psychiatric consultant, Dr. Alice Dornan (Jennifer Bowles), regarding her diagnosis and punishment suggestion. Also, Eddie confronts her boss who has a personal vendetta against the commissioner and the Reagan family name; Mayor Peter Chase (Dylan Walsh) pushes Frank to make staffing changes he is skeptical about; and Danny goes undercover on a case when a woman claims to have heard someone plotting a murder, on a rebroadcast of BLUE BLOODS, Friday, June 12 (10:00-11:00 PM, ET/PT) on the CBS Television Network. (Originally broadcast 11/22/19.)


FRANK TAKES ONE OF JAMIE’S CASES PERSONALLY WHEN IT INVOLVES THE SUSPICIOUS DEATH OF HIS FRIEND’S TERMINALLY ILL WIFE, ON A REBROADCAST OF “BLUE BLOODS,” FRIDAY, JUNE 5

“Another Look” – Frank takes one of Jamie’s cases to heart when it involves the suspicious death of his friend’s, FBI Agent Wilson Ortega’s (Emiliano Diez), terminally ill wife. Also, after demanding more meaningful cases, Erin receives an unsolved robbery case that proves to be impossible to crack without help from Anthony, and Danny and Baez uncover the shocking truth behind a puzzling assault claim, on a rebroadcast of BLUE BLOODS, Friday, June 5 (10:00-11:00 PM, ET/PT) on the CBS Television Network. (Originally broadcast 10/18/19.)