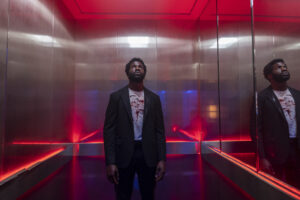 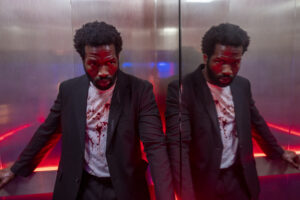 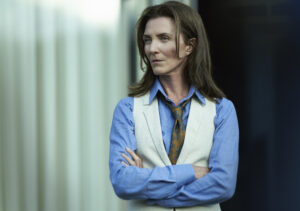 New York, NY – September 23, 2022 – In a foreboding and high-octane trailer, AMC+ has announced the return of its lauded original series Gangs of London, which will debut its much anticipated second season on Thursday, November 17 with two episodes. The critically-acclaimed, award-winning drama became an international sensation in its first season, with its shocking yet artfully-choreographed action scenes and stunt work. Following the premiere, one episode of the eight-part season will debut Thursdays on AMC+, AMC Networks’ premium streaming bundle.

In the second season, a new, darker era of chaos and turbulent power struggles comes to London. One year after the death of Sean Wallace and the violent reckonings of season one, the map and soul of the city has been redrawn – the surviving Wallaces are scattered, the Dumanis broken and estranged, and ex-undercover cop Elliot Finch (Ṣọpẹ́ Dìrísù, Humans, Mr. Malcolm’s List) is now being forced to work for the Investors. As the Investors look down on a city sliding into chaos, they decide enough is enough and bring in reinforcements to restore control. Old favorites and new players fight back against the new order, forcing sworn enemies to work together and family members to betray each other.

AMC+ is the company’s new premium streaming bundle featuring an extensive lineup of popular and critically acclaimed original programming from AMC, BBC America, IFC, and SundanceTV and full access to targeted streaming services Shudder, Sundance Now and IFC Films Unlimited, which feature content such as A Discovery of Witches, Creepshow, and Boyhood. The service features a continually refreshed library of commercial-free content, including iconic series from the AMC Networks portfolio including Mad Men, Halt & Catch Fire, Hell on Wheels, Turn: Washington’s Spies, Rectify, Portlandia, and series from The Walking Dead Universe, among many others. The service also offers a growing slate of original and exclusive series including Gangs of London, Kin, The North Water, That Dirty Black Bag, This is Going to Hurt, Moonhaven and the first two series in a new Anne Rice universe, Anne Rice’s Interview with the Vampire and Anne Rice’s Mayfair Witches. With new movies released every Friday, AMC+ is the newest destination for exclusive film premieres direct from theaters all year long. AMC+ recently launched in Canada, Australia, India, and Spain and is available in the U.S. through AMCPlus.com, the AMC+ app, and a number of digital and cable partners.