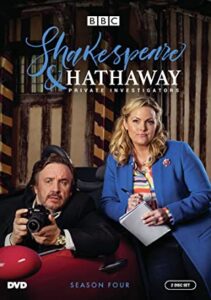 —–A hard-boiled PI and his rookie sidekick have formed the unlikeliest of partnerships, as they investigate the inhabitants of rural Warwickshire and their secrets. Despite their mutual antipathy, they have become a formidable team on detectives. Set in Shakespeare’s hometown of Stratford-on-Avon. 2-disc set.
NOTE: this title was first released in early June as a BBC Shop exclusive item; it is now being offered as a general release, via the MOD (Manufacture On Demand) online sales distribution program 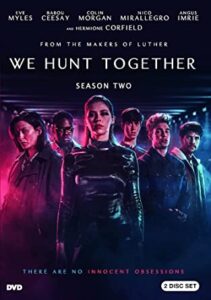 —–Freddy is looking for a new “hunting” accomplice. Having positioned herself as a hapless victim, rather than the ruthless killer we know her to be, Freddy has caught the public eye…and her bank balance and ego have swelled. But she has also attracted the attention of a serial killer. When people near Freddy start dying, Detectives Lola and Jackson are convinced she’s found a new hunting partner. Will they finally prove Freddy’s guilt? Or let her get away with murder? 2-disc set.

—–The solar system is passing through a strange sector of the Cosmos known as the Unbalance Zone. Strange phenomena occur and HEART, the special team from the global defense organization is sent to investigate. However, when things get out of control, Ultraman Neos – a 58 meter tall Ultra Warrior flying at mach 30 from Nebula M-78 – comes along to protect Earth from evil gigantic monsters that have appeared. On Earth, Ultraman Neos shares the human body of Genki Kagura, the rookie member of HEART. In times of desperate need Kagura holds the Estreilar, the transformation device, high in the air, activates it and transforms into Ultraman Neos to fight the vicious monster. 2-disc set.
NOTE: some retailers are instead titling this item as “The Complete Season 1”; while we have never personally watched this show, our understanding is that the entire series of Ultraman Neos is a single season of 12 episodes. We also expect this item to have a Japanese soundtrack with English subtitles. Mill Creek has not provided details (or package art) for this title, however, as of this writing.

—–Ultraman Cosmos, a blue giant of kindness from space, arrives on Earth chasing down the Chaos Header, who infects life forms. Cosmos bonds with Musashi Haruno of EYES, who makes it his mission to protect the Earth and the life on it from Chaos Header and other malicious entities. 8-disc set.
NOTE: we expect this item to have a Japanese soundtrack with English subtitles. Mill Creek has not provided details (or package art) for this title, however, as of this writing. 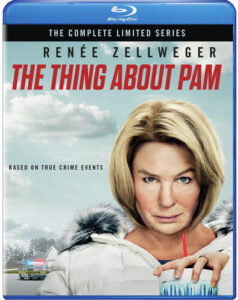 —–Starring two-time Academy Award-winning actress Renee Zellweger in her broadcast television debut, The Thing About Pam is a riveting drama based on the 2011 murder of Betsy Faria, a shocking real-life story that became a global true-crime obsession and served as the subject of several hugely popular Dateline NBC episodes and a hit podcast of the same name. The series reveals the stunning twists and turns of the extraordinary murder case that would ultimately uncover a diabolical plot involving a seemingly ordinary woman named Pam Hupp (Zellweger). 2-disc set.
NOTE: this title was announced for in-store release on DVD format back in the August 12th edition of the Roundup; it is now being announced for day-and-date release on Blu-ray Disc via the MOD (Manufacture On Demand) online sales distribution program 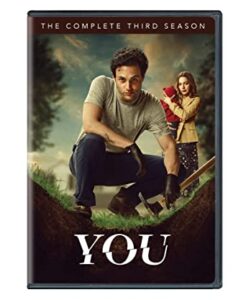 —–YOU is a 21st century love story that asks, “What would you do for love?” When a brilliant bookstore manager crosses paths with an aspiring writer, he uses the internet and social media as tools to get close to her. His charming and awkward crush quickly becomes obsession as he removes every obstacle, and person, in his way. 2-disc set. 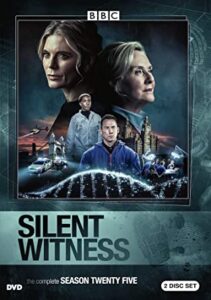 —–Britain’s longest-running crime series currently on TV. Emilia Fox returns as Dr Nikki Alexander. Still reeling from the sudden death of Dr Thomas Chamberlain and the shock departure of colleague Clarissa Mullery, Nikki and colleague Jack Hodgson return to the Lyell Centre. A case at a high security prison stirs disturbing memories for Nikki. New recruit Adam causes friction with his impetuous desire to impress. Forensic ecologist Simone’s unique knowledge helps solve the murder of a promising young boxer. And Nikki suspects a body donated to medical science may not have died from natural causes after all. 2-disc set. 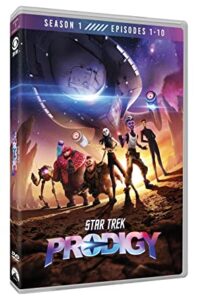 EXTRAS: features hours of bonus content including an exclusive Star Fleet 101, featurettes on the Prime Directive, Trek Tradition, the Kobayashi Maru, and so much more!
—–In the year 2383, a group of rag-tag teens discovers a hidden Starfleet ship and uses it to explore the wonders of the galaxy, seek adventure, and find meaning in their lives and each other in this action-packed sci-fi series. This DVD includes 10 episodes of Season One.
NOTE: this title has not been officially announced by the studio yet; our information comes from USA-based retailer pre-order listings and may not be finalized; it could be subject to change 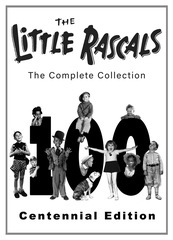 EXTRAS: Newly recorded introduction by Leonard Maltin – The Rascals at 100; Presentation of the only surviving foreign language shorts in which Our Gang performed: Las Fantasmas (1930, When the Wind Blows performed in Spanish) – Note: Survives fully intact; Los Cazadores de Osos (1930, Bear Shooters performed in Spanish) – Note: Only reel 2 is presented here. Image survives for both reels, but only audio survives for reel 2; Temps d’Hiver (1930, A Tough Winter performed in French) – Note: Only reel 1 survives; Three newly restored Our Gang silent shorts: The Big Show (1923), Dogs of War! (1923), Mary, Queen of Tots (1925); Good Old Days – The Music of Our Gang featurette; Then and Now – A Special Tour of Our Gang Locations featurette; Our Gang Centennial at the Hollywood Museum – Highlights from the opening day gala kicking off the Museum’s exhibit celebrating 100 years of The Little Rascals. Appearances include Leonard Maltin, Richard W. Bann, Maria Roach (Hal’s daughter) and Sidney Kibrick (Woim), the last surviving main player of the Hal Roach era; Our Gang Reunion – Watch The Gang on “You Asked for It” television show from February 22nd, 1951 featuring Allen “Farina” Hoskins, Johnny Downs, Mickey Daniels, Joe Cobb and Jackie Condon. Also appearing is on-set teacher Fern Carter, cameraman Art Lloyd and director Bob McGowan; A Day in the Life of Spanky and Porky – Follow Spanky and Porky around in Boulder, Colorado the week of April 1st, 1985 as they take the stage, answer questions and sign autographs as guests at the annual “Trivia Bowl” event; The Little Rascals Jukebox – Listen to your favorite Our Gang tunes; Image galleries; Other rarities (Speed-O-Byke theater ad with Spanky; In-theater ad announcing in-person appearance by Mary Ann Jackson featuring previously unseen outtake footage; Excerpt of mid-1930s screen test for unknown film with Mary Ann Jackson directed by Norman Z. McLeod (no sound); In-theater ad announcing in-person appearance by Norman “Chubby” Chaney; Spanky McFarland interviewed by Tommy Bond, Jr. at a plaque commemoration ceremony just outside the old location of Hal Roach Studios in Culver City, Ca.; Art Lloyd home movies featuring Spanky and Joe Cobb (no sound); Commercial for MGM Our Gang; Audition reel (filmed in the mid-1950s) from short-term, but memorable Our Gang player Jackie Lynn Taylor)
—–For generations, Our Gang comedies have been enjoyed by millions of fans the world over. Now, celebrate the 100th anniversary of this iconic and beloved film series in The Little Rascals – The Complete Collection (Centennial Edition). In 1922, producer Hal Roach introduced the kiddie troupe known as “Our Gang” to theater audiences and kicked off one of the most popular and prolific franchises in the field of short subjects, with 220 one- and two-reel comedies released over a twenty-two year period. By the late 1920s, the series (later re-titled “The Little Rascals” for TV syndication) made the transition from silents to “talkies” and would soon embark on its most revered and best remembered period–the 80 sound shorts made at Hal Roach Studios between 1929 and 1938–all of which are included in this one-of-a-kind collection. A must-have for any true Our Gang fan, this 6-disc set also includes over 4 hours of bonus material and features the talents of George “Spanky” McFarland, Carl “Alfalfa” Switzer, Allen “Farina” Hoskins, Darla Hood, Matthew “Stymie” Beard, Jackie Cooper, Bobby “Wheezer” Hutchins, Billie “Buckwheat” Thomas, Eugene “Porky” Lee and many, many more. About the restorations: Each short has been newly scanned from original Hal Roach 35mm film elements. Remastered, uncut and beautifully restored, now you can see The Little Rascals like never before. With restorations so glorious, it will be like watching these iconic shorts for the first time! 8-disc set on DVD format; 6-disc set on Blu-ray format.
NOTE: ClassicFlix will make the bonus disc that is in this collection available separately as a stand-alone disc for those who have previously purchased the individual 6 volumes on Blu-ray. It’s available for a limited time and only at ClassicFlix.com.