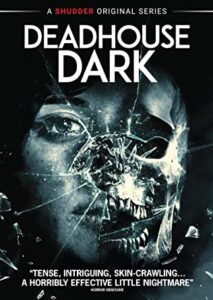 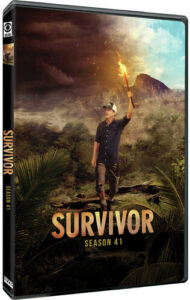 EXTRAS: Secret Scenes; Tribal Council Votings; Life at Pandorosa
—–As TV’s preeminent reality series for 20 years, SURVIVOR 41 begins a bold new era this fall with the introduction of exciting fresh elements to the competition, which promise to intensify the battle for $1 million and the title of Sole Survivor. As the thrilling competition begins on the beautiful islands of Fiji, 18 determined castaways will be divided into three tribes of six to face a faster, more intense and more dangerous season than ever before. The unpredictable, accelerated pace will test even the strongest super-fan, as supplies are minimal, reward challenges are scarce, and players find themselves faced with advantages that could significantly help their game or, just as easily, extinguish their torch. 4-disc set.

—–Season Five begins with an ending, as a kiss goodbye sends Abby and Trace to travel separate paths. With the help of her family and some new friends, she must contemplate the future on her own terms. 2-disc set.
.
COMING ON 5/3:
* The Larkins – Series 1 (RLJ/Acorn)
$39.99 SRP DVD

EXTRAS: Christmas Special; Meet The Larkins; Lookin’ Larkin; Lovin’ Larkins
—–This new adaptation of the classic novel “The Darling Buds of May” by H.E. Bates follows the warmhearted, wheeler-dealer adventures of the Larkin family in the idyllic Kent countryside of the 1950s. Joanna Scanlan (No Offence) and Bradley Walsh (Law & Order: UK) star in a “joyous, comforting” (Radio Times) show capturing the warmth, optimism, and escapism of the Larkins for a modern generation.
.
COMING ON 5/10:
* Kin – Season 1 (RLJ/Image)
$34.97 SRP DVD; $35.97 SRP Blu-ray 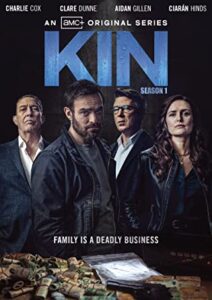 —–A boy is killed and his family embark on a gangland war with an international cartel – a war that is impossible to win. It’s David and Goliath. Out-numbered, out-financed and out-gunned, the Kinsellas find themselves holed up in their Dublin stronghold while their businesses fail, and family members and associates are picked off. But they have something the cartel does not: the unbreakable bonds of blood and family. Kin is a world where gangsters are treated like reality stars, with nicknames and celebrity status, where assassins dress up as women, and drug dealers keep exotic pets in their den. A world of drugs and guns and murder and loyalty and family and men, and a woman. Stars Charlie Cox (Daredevil). 2-disc set in either format.
.
COMING ON 5/17:
* Slasher: Flesh & Blood – Season 1 (RLJ/Image)
$34.97 SRP DVD; $34.97 SRP Blu-ray 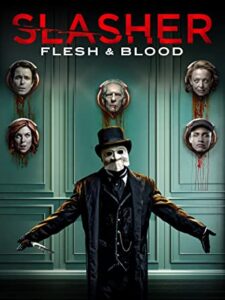 —–A wealthy, dysfunctional family gathers for a reunion on a secluded island only to learn they’ll be pitted against one another in a cruel game of life and death, all while being stalked by a mysterious masked killer. 2-disc set in either format. 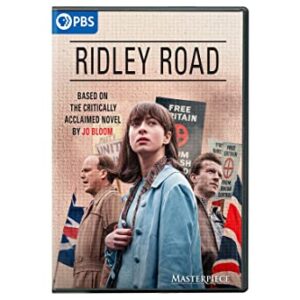 —–Set against the backdrop of London in the swinging sixties, Ridley Road is in an East End world where far-right fascism is on the rise. When Vivien Epstein follows her lover into danger and he is caught between life and death, Vivien finds herself going undercover with the fascists, not only for him, but for the sake of her country. 2-disc set.
.
COMING ON 5/24:
* The Adventures of Ozzie and Harriet – The Complete Season 1 (MPI Home Video)
$29.98 SRP DVD 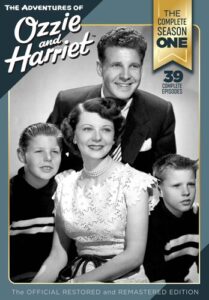 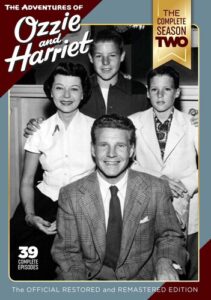 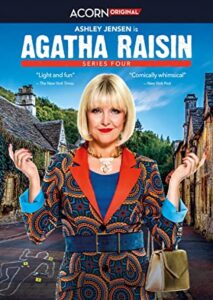 —–Ashley Jensen (Catastrophe, Extras) is back as formidable and fashionable PI Agatha Raisin in Series 4 of this comic mystery series based on the books by MC Beaton. 3-disc set.