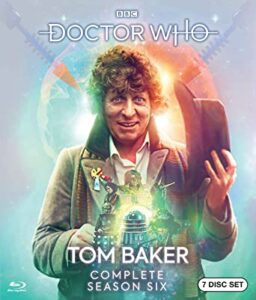 EXTRAS: This Blu-ray box set includes extensive and exclusive Special Features including: BRAND NEW DOCUMENTARIES: Including a Making-Of documentary for Destiny Of The Daleks, and a new featurette for The Creature From The Pit. TOM TALKS: A candid interview with Tom Baker as he gives us his unique take on life, the universe and everything. DOUGLAS ADAMS TRIBUTE: Friends and colleagues remember the Doctor Who writer/script editor and creator of The Hitchhiker’s Guide To The Galaxy. IN CONVERSATION: Matthew Sweet chats to Bob Baker, writer of Nightmare Of Eden, co-creator of K9, and one of the creative forces behind Wallace & Gromit. BEHIND THE SOFA: New episodes with actors Colin Baker, Katy Manning, Matthew Waterhouse, Nicola Bryant, June Hudson, Graeme Harper & Mat Irvine. SHADA: An updated version of the ‘lost’ story, completed with enhanced animation and presented in six episodes for the very first time, alongside the original 1992 VHS and 2017 versions. SCRIPTS, COSTUME DESIGNS, RARE BBC PRODUCTION FILES AND OTHER RARITIES FROM OUR PDF ARCHIVE AND LOTS MORE!
—–Already available overseas, this is coming to North America for the first time! Build up your Doctor Who archive with this collectors’ set that includes these stories: DESTINY OF THE DALEKS, CITY OF DEATH, THE CREATURE FROM THE PIT, NIGHTMARE OF EDEN, THE HORNS OF NIMON, and SHADA, with all episodes newly remastered from the best available sources. The penultimate season for Tom Baker’s Fourth Doctor, with a full season of Lalla Ward as Romana, is the next release to come to Blu-ray! In 1979, Tom Baker’s Doctor was in full flight. With Douglas Adams (The Hitchhiker’s Guide To The Galaxy) as script editor, the series leaned into Baker’s penchant for humor, and paired his Doctor with a regenerated Romana (Lalla Ward) as his traveling companion. Together, they would form one of the most popular Doctor/companion duos of all time. Although the season was crippled behind-the-scenes by strike action (resulting in the season finale being abandoned part-way through production), it remains a beloved slice of Doctor Who history that features the return of Davros and the Daleks, and one of the all-time classic stories: Douglas Adams’ own City Of Death. 7-disc set.
NOTE: this title was originally announced for North American release on April 19th, then delayed until May 10th. Now the studio has rescheduled it again, THIS time making it earlier than even the original date! Look for it on April 5th.
.
COMING ON 4/12:
* Raised By Wolves – The Complete 1st Season (Warner Canada)
CA$39.99 SRP DVD; CA$44.98 SRP Blu-ray 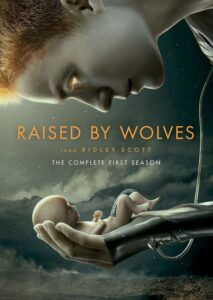 —–After Earth is torn apart by religious differences and the human race teeters on the edge of extinction, an atheistic android architect sends two of his creations – Mother and Father – to start a peaceful, godless colony on the planet Kepler-22b. From executive producer Ridley Scott, Raised by Wolves follows Mother and Father as they attempt to raise human children in this mysterious virgin land: a treacherous and difficult task that’s jeopardized by the arrival of the Mithraic, a deeply devout religious order of surviving humans. As the androids make contact with this zealous and dangerous people, they struggle to control the beliefs of their fiercely self-determining children.
NOTE: as of this writing, this title has been announced in Canada only; there is no USA announcement yet
.
COMING ON 4/26:
* Queens of Mystery – Series 2 (RLJ/Acorn)
$39.99 SRP DVD 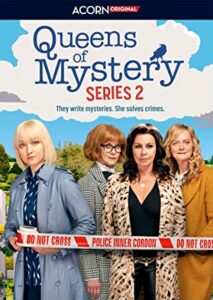 —–In Series 2 of this “surefire crowd-pleaser” (LA Times), detective Matilda Stone and her three crime-writing aunts investigate a murder at a health spa, a killing in the contemporary art world, and the theft of an Edgar Allen Poe manuscript. While Matilda’s love life hits a snag, she makes headway in the case of her mother’s long-ago disappearance…despite the best efforts of those closest to her. 2-disc set. 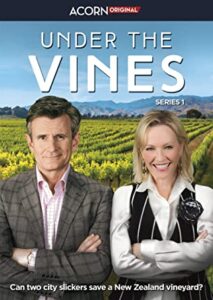 —–Rebecca Gibney and Charles Edwards star in this delightful dramedy about two city slickers who inherit a failing vineyard in New Zealand and try to make it a success. 3-disc set.

* The Beast Must Die – Season 1 (RLJ/Image)
$34.97 SRP DVD
—–After learning the police investigation into the fatal hit and run of her young son Martie has been dropped, Frances Cairns takes matters into her own hands. Posing as a novelist researching a new murder-mystery, Frances ingratiates herself with the family of George Rattery – the cruel, pompous man she suspects is responsible – and sets a plan in action to kill him. She’s tracked by detective Nigel Strangeways, who has reason to believe his department covered up George’s involvement in the incident. Suffering from PTSD following the recent death of his partner, Strangeways throws himself into pursuing justice for Martie. But when he discovers an “undercover” Frances living with George and his family, Strangeways finds himself working to both prove George’s guilt and head off Frances’s plans for revenge, before anyone else dies. 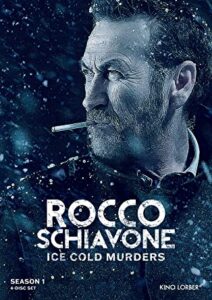 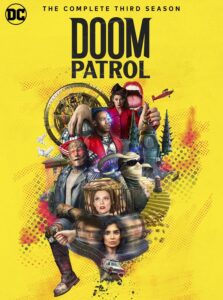 —–Season three opens on the culmination of Dorothy’s (Abi Monterey) confrontation with the Candlemaker, that leads to a devastating loss. The Doom Patrol is at a difficult crossroads, and each member struggles to face who they are and who they want to be. And things get a whole lot more complicated when Madame Rouge (Michelle Gomez) arrives in a time machine with a very specific mission…if only she could remember it.
NOTE: as of this writing, this title has been announced in Canada only; there is no USA announcement yet
.
DATE NOT YET ANNOUNCED:
* The Flash – The Complete 8th Season (Warner Canada)
CA$44.98 SRP DVD; CA$49.99 SRP Blu-ray 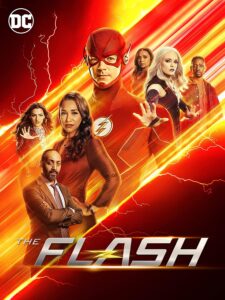 —–A powerful alien threat arrives on Earth under mysterious circumstances and Barry (Grant Gustin), Iris (Candice Patton) and the rest of Team Flash are pushed to their limits in a desperate battle to save the world. But with time running out, and the fate of humanity at stake, Flash and his companions will also need to enlist the help of some old friends if the forces of good are to prevail.
NOTE: as of this writing, this title has been announced in Canada only; there is no USA announcement yet. The Amazon Canada listing shows a date of Saturday 12/31/2022, but Amazon CA uses this as a placeholder date for titles which they are taking pre-orders for, but the studio has not yet announced a specific street date. Artwork is not finalized yet, and could be subject to change.