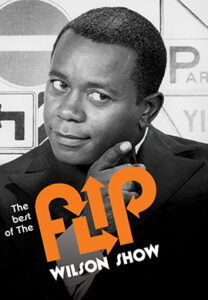 EXTRAS: A rare 1976 interview with the star himself! A Bonus DVD with the pilot episode of The Flip Wilson Show (featuring the debut of Geraldine!) and The Flip Wilson Special from 1975 with Cher and Richard Pryor. PLUS, a Collector’s Booklet with quotes, production photos, script pages and more!
—–Flip is back, and funnier than ever! In 1970, Flip Wilson changed the face of TV comedy: he was charming, hilarious, and he looked great in a dress! The Flip Wilson Show debuted as the #1 variety show on TV, and ran for four incredible seasons, winning multiple Emmys and a Golden Globe. From his hilarious Geraldine character, to stand-up, sketch comedy, and magical musical performances, Flip made a show that made everyone feel good. Now, for the first time ever you’ll be able to have the biggest and boldest collection of Flip yet: The Best of The Flip Wilson Show! You’ll get 11 DVDs including: 20 full-length episodes from across all 4 seasons, with 17 episodes not seen since they first aired! Guest stars Muhammad Ali, Louis Armstrong, James Brown, Johnny Cash, Ray Charles, Tim Conway, Sammy Davis Jr., Aretha Franklin, Richard Pryor, Joan Rivers, Burt Reynolds, and so many more!
NOTE: our thanks to longtime reader John Cerone for the heads-up about this item
.
COMING ON 11/16:
* This Is Us – The Complete Season 5 (20th TV/Disney)
$34.95 SRP DVD MOD 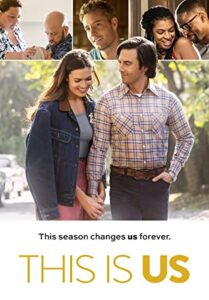 —–Full of heartfelt wit, drama and tears the journey of the Pearson family continues in Season Five of this highly acclaimed, award-winning series. With its trademark storytelling style, moving from the past to the future and back again, this season-like-no-other brilliantly incorporates current real-life challenges from the Covid crisis to the complexities of race. Randall pursues the mystery of his birth mother with Beth at his side, Kevin and Madison navigate their relationship while they navigate becoming parents, and Kate and Toby face their own relationship and parenting triumphs and challenges. And Rebecca continues to bravely face what could be her biggest challenge ever. Compelling and surprising, This Is Us reveals how seemingly tiny events can impact who we become, and can transcend time, distance and even death. 4-disc set.
NOTE: attached cover art is not necessarily final, and may be subject to change 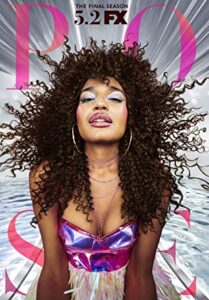 —–Set in the earlier days of the AIDS crisis, this groundbreaking series follows the triumphs, tragedies and heartbreaks of the legends and icons of New York’s underground ball culture. With the largest cast of transgender actors in series regular roles, Pose features glamorous, gripping and relevant stories. In its final season time flashes forward to 1994, and the ballroom feels like a distant memory to Blanca (Mj Rodriguez) who’s struggling to balance being a mother, a present partner to her new love, and her latest role as a nurse’s aide. Meanwhile, as AIDS becomes the leading cause of death for Americans ages 25 to 44, Pray Tell (Billy Porter) contends with unexpected health burdens. And the emergence of a vicious new upstart house forces the House of Evangelista members to contend with their legacies. 2-disc set.
NOTE: attached cover art is from the show’s promotional campaign (the “5.2 FX” reflects the May 2nd debut of the final season on the FX channel) and is not final, and therefore is subject to change 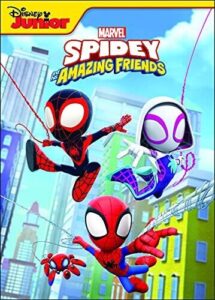 —–Spidey, our favorite web-slinger is teaming up with Ghost-Spider (Gwen Stacey) and Miles Morales to make up The Spidey Team, with some assistance from Spidey’s comical but loyal Spider-bot, TRACE-E. If Spidey finds himself in a sticky situation that needs even more super-hero power, rest assured that an Avenger pal will race in to help out. Whether it’s just The Spidey Team or adding an Avenger for the assist, these superheroes will work together to save the day! Voice Talent: Benjamin Valic: Peter Parker, Lily Sanfelippo: Gwen Stacy, Jakari Fraser: Miles Morales. 11 animated shorts. Single-disc title. 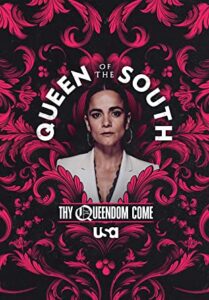 —–In Season 5, Teresa Mendoza (Alice Braga) finally embraces her Queenpin status, and all that comes with it. While she has tried to maintain a strong moral code by leading with her heart, those values have begun to compromise her ability to stay on top. She must now make tough decisions when it comes to those closest to her, all while continuing her quest for even greater power. 2-disc set.
NOTE: attached cover art is from the show’s promotional campaign and is not final, and therefore is subject to change
.
COMING ON 12/7:
* Creepshow – Season 2 (RLJ/Image)
$34.97 SRP DVD; $34.97 SRP Blu-ray 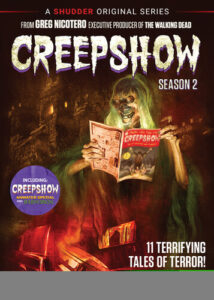 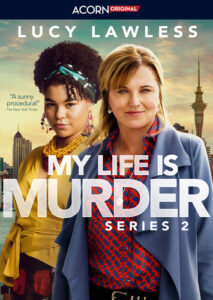 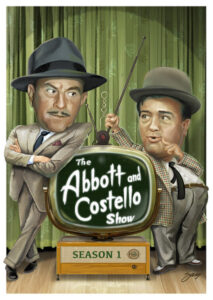 EXTRAS: Commentaries on 10 episodes featuring Gilbert Gottfried, Lou Antonicello, Paul Castiglia, Ray Faiola, Stu Fink, Shane Fleming, Bob Greenberg, Jim Mulholland, Gerry Orlando, Ron Palumbo, Toby Roan, Lou Sabini, Frank Santopadre, Jack Theakston and Michael Townsend Wright; “Saving the Negatives” Featurette with Bob Furmanek; Two complete episodes with original non-audience tracks and six partial episodes
—–One of the most influential comedies in television history, The Abbott and Costello Show – Season 1 makes its Blu-ray debut from ClassicFlix with all 26 stunningly sharp episodes in this 3 disc set on Blu-ray (or 4 discs on DVD). When Bud Abbott and Lou Costello became part of the permanent rotating group of weekly hosts on TV’s The Colgate Comedy Hour, it revitalized their careers and led to the birth of The Abbott and Costello Show, a syndicated half-hour program that premiered in 1952. The premise of the show was disarmingly simple: Bud and Lou played themselves, a pair of unemployed actors living in a rooming house run by the apoplectic Sid Fields, also playing himself. Easing their way through life in a neighborhood where crooks and sharpies lay in wait around every corner, and women walk right up to Costello for no other reason than to slap his face (“How dare you look like someone I hate!”), Bud and Lou keep the show fresh with new routines, but also perform many of their classics, including “Who’s on First?”, “Dice”, “7 x 13 = 28” and so many, many more. Newly restored from original 35mm master elements by the 3-D Film Archive, in cooperation with the Library of Congress, The Abbott and Costello Show features Hillary Brooke (as Lou’s cultured girlfriend), Gordon Jones (as stupefyingly dumb “Mike the Cop”), Joe Besser (as “Stinky”), Joe Kirk (as “Mr. Bacciagalupe”), Bingo the Chimp, as well as many other well-known TV and film entertainers.
NOTE: our thanks to longtime reader John Cerone for making sure that we were aware of this item