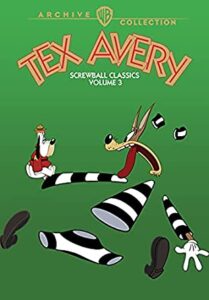 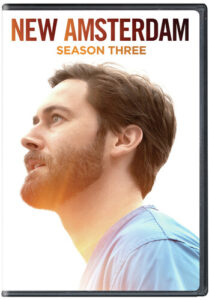 —–Maverick medical director Dr. Max Goodwin (Ryan Eggold) and his inspiring team of doctors and nurses are back for the timely third season of the emotional and heart-pounding medical drama, “New Amsterdam.” This season, Max and his team’s devotion to fixing the broken health care system is put to the test amidst the unique and overwhelming challenges of a global pandemic. But no matter what obstacles they face, together these selfless medical heroes remain hopeful and committed to revolutionizing health care, one patient at a time. Also starring Freema Agyeman, Janet Montgomery, Jocko Sims, and Tyler Labine. 3-disc set. 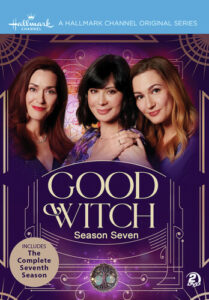 —–The velvet pouches of soil discovered by Cassie, Abigail, and Joy mark the start of a new Merriwick mystery, one that leads them to reflect on their pasts. With the usual Middleton fun, new relationships, personal challenges and romance are in store. Actors: Catherine Bell; James Denton; Rhys Matthew Bond; Sarah Power; Catherine Disher. 2-disc set.
.
COMING ON 11/9:
* Muhammad Ali – A Film by Ken Burns (PBS)
$69.99 SRP DVD; $79.99 SRP Blu-ray 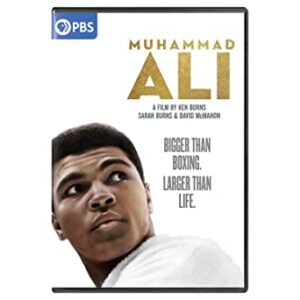 —–Muhammad Ali brings to life one of the best-known and most indelible figures of the 20th century, a three-time heavyweight boxing champion who captivated millions of fans throughout the world with his mesmerizing combination of speed, grace, and power in the ring, and charm and playful boasting outside of it. Born Cassius Clay, Jr., Ali rose from boxing amateur to Olympic gold medalist and heavyweight champion, just as he had promised he would at the age of twelve. He wrote his own rules – in the ring and in his life – infuriating his critics, baffling his opponents, and riveting millions of fans. He spoke his mind and stood on principle, staying true to his Islamic faith and refusing induction into the U.S. Army…even when it cost him his livelihood. Banished for his beliefs, he returned to boxing an underdog, reclaimed his title twice, and became the most famous man on earth. An intimate portrait of a larger-than-life global icon, this four-part, eight-hour documentary tells the story of an exceptional athlete whose influence transcends boxing. “He was,” the novelist Norman Mailer wrote, “the very spirit of the 20th Century.” 4-disc set in either format.
NOTE: this is the general retail release of this title; the PBS shop will begin selling it directly to customers on Oct. 19th (delayed from 9/28): https://shop.pbs.org/WD5942.html
.
COMING ON 11/30:
* I Dream of Jeannie – The Complete Series (Mill Creek)
$44.98 SRP DVD; $85.99 SRP Blu-ray 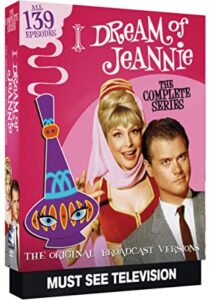 —–Your Wish is Our Command! All 139 episodes filled with hilarious blinks! With the blink of her eyes and a nod of her head, Barbara Eden will make your wishes come true in I Dream of Jeannie: The Complete Series. Enjoy all 139 episodes in their original broadcast presentation – including the first season in black & white – on this 12-disc collection that re-introduces Larry Hagman as Captain Anthony Tony Nelson, an astronaut who finds himself Master to a beautiful and crafty genie (Eden) whom he unknowingly releases from a bottle. Together, he and Jeannie are a magical match. Packed with some of television’s brightest guest stars, I Dream Of Jeannie is the beloved must-own comedy series that will have you dreaming of TV’s Golden Age.
NOTE: this first-ever Blu-ray Disc edition of the title was originally scheduled for release in June, then July, then August, but now Mill Creek seems confident in being able to deliver it on their new release date of November 30th; on the same date they will release a 12-disc set on DVD format as well…this title was released as a 20-disc set by Sony in limited edition packaging back in 2008, then in unlimited packaging in 2013, but this is Mill Creek’s first DVD “complete series” set, which Amazon is taking pre-orders for as of this writing at a price point under $20!
.
COMING ON 12/7:
* Avatar: The Last Airbender AND The Legend Of Korra – The Ultimate Aang & Korra Blu-ray Collection (Nickelodeon/ViacomCBS)
$97.99 SRP Blu-ray 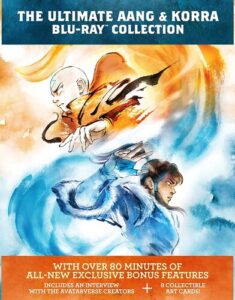 EXTRAS: features over an hour of all-new and exclusive bonus features, including an Auditory Exploration with the Avatarverse Creators, a conversation with Janet Varney and Dante Bosco, hosts of the Avatar: Braving the Elements podcast, and 8 collectible art cards in special packaging!
—–The ultimate Aang and Korra Blu-ray collection. Experience the complete Avatar saga, from the discovery of Avatar Aang in the iceberg in Avatar: The Last Airbender to Korra’s heroic journey to set things right in Republic City through The Legend of Korra. Relive all the epic air-, earth-, water-, and firebending in the ultimate Avatar Collection! 18-disc set.