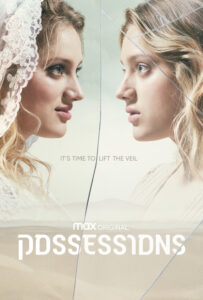 The series tells the story of Natalie, a young French expatriate in Israel, is charged with the murder of her husband on their wedding night. Karim, a French diplomat in charge of helping French citizens who have to deal with the Israeli authorities, slowly falls for Natalie. He cannot figure out whether the young lady is deeply lost and vulnerable, or dangerously manipulative. Obsessed with this case, Karim will dive into Natalie and her family’s mysterious past.

The series, created by leading production company Haut et Court TV (“No Man’s Land”, “The Returned”), is produced by Caroline Benjo, Barbara Letellier, Simon Arnal and Carole Scotta and co-produced by Eilon Ratzkovsky, Osnat Nishri and Keren Misgav Ristvedt from Quiddity, for CANAL+ and Yes TV Israel with the participation of CNC, BeTV, LA SACEM, developed with the support of the CREATIVE EUROPE PROGRAMME – MEDIA of the European Union, and COFINOVA DEVELOPPEMENT 13.